Sorting the good from the bad on tax expenditures: MLI paper by Sean Speer 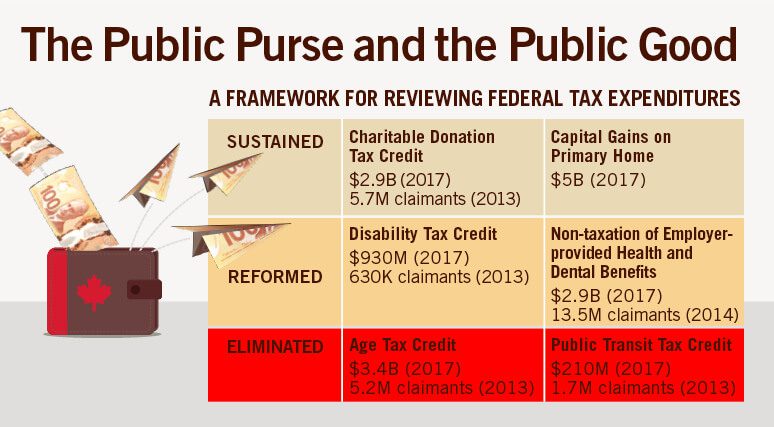 OTTAWA, Feb. 16, 2017 – A new Macdonald-Laurier Institute paper sets out a basic checklist that will help the government decide which tax credits, deductions, and other special provisions (known as tax expenditures) should be eliminated – and which preserved or fixed – to make the tax system better, fairer, and simpler.

The cost of tax expenditures, which range from tax credits for using public transit to donating to political parties, is significant. In the personal income tax system alone they now represent as much as $130 billion in forgone revenue for the federal treasury and roughly $5,900 per tax filer.

That’s why, with larger-than-forecasted deficits and Budget 2017 around the corner, the government has recruited top tax experts from across the country to review them.

To read the full paper, titled “The Public Purse and the Public Good: A framework for reviewing federal tax expenditures”, click here.

Some support or promote individual activities and behaviours that provide significant benefits to society as a whole. Others complicate the tax code, drive up tax rates for everyone, and contribute little to overall society.

That’s why a clear and transparent checklist is so important. The one set out in the paper is major contribution to the policy debate and can help to inform evidence-based process.

It “is rooted in basic principles and less susceptible to political whims, special-interest calculations, or simply about paying for new spending or balancing the budget”, writes Speer.

The study then uses the checklist in six case studies to illustrate its application and utility. The result is that the (1) Charitable Donation Tax Credit and (2) exemption from capital gains taxation on one’s primary residence should be sustained. The (3) Disability Tax Credit and (4) non-taxation of employer-provided health and dental benefits should be reformed to enhance their equity and fairness. The (5) Age Credit and (6) Public Transit Tax Credit should be eliminated.

The long-term goal should be to publish ongoing, regular reviews of tax expenditures using such a checklist. A reasonable goal could be to apply it to one quarter of federal tax expenditures per year, which would allow a full review every four years.

As for the upcoming budget, the government should at least aim to consider some of the basic considerations set out in principle-based checklist and to publicly release its analysis. This would help to ensure that the review process is clear, transparent, and can ultimately withstand policy and political scrutiny.

“It would be a major step in the direction of evidence-based policy and a better, fairer, and simpler tax system”, writes Speer.