Safeguarding free speech and democracy at the local level: Peter Woolstencroft for Inside Policy

Democracy does not start at the top but at the local level, and that’s where its erosion most easily happens. 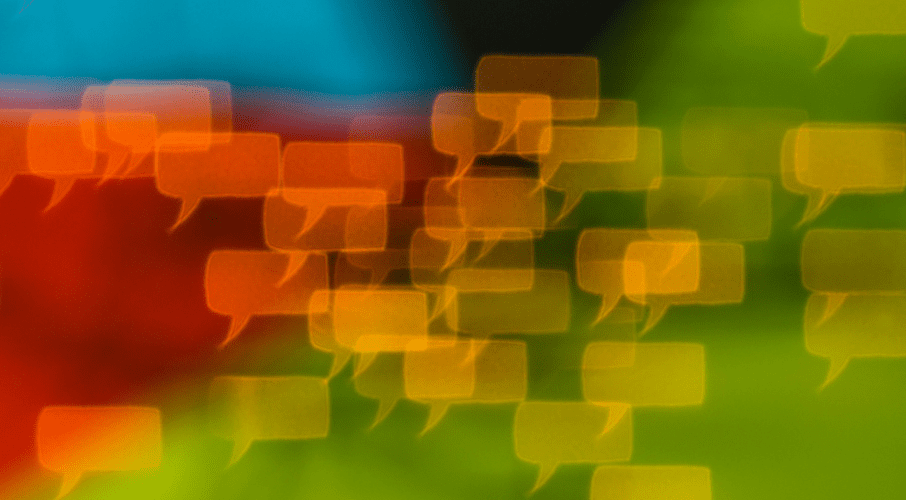 Liberal democracy increasingly seems to be in peril, highlighted by political violence in the United States after the last presidential election. Canada, often seen as bland and quietly effective, does not get as much attention from those, such as Anne Applebaum, who warn about the “twilight of democracy.”

Yet recent demonstrations in Ottawa gave our country a sudden and unflatteringly high profile, underscoring how challenges to institutions and authorities are not confined to the United States. Indeed, the “Freedom Convoy” protest leaders’ grab bag of demands – including that the elected government step aside to allow the Senate and Governor General to work with protestors to form a new government – highlighted just how far down the rabbit hole we have gone.

It’s a long way from such macro-events to the Waterloo Region District School Board (WRDSB) in southern Ontario. But the board’s actions, mostly overlooked by the national media and lightly treated by some local media, raise troubling questions about the practice of democracy at the proverbial grassroots.

One issue is free speech in a public meeting. Another is the board’s refusal to release documents determinative in its decision-making.

On January 17, 2022, teacher Carolyn Burjoski was prevented from completing her presentation at the WRDSB’s virtual board meeting. Her purpose was to raise questions about children being exposed to literature that she feared was age inappropriate. The chair, Scott Piatkowski, said he recognized “code words” that some use to marginalize transgender people. Further, while some might not have understood what was going on, for him, “it was clear where she was headed. Had she been allowed to continue the harm would have been more apparent to all.” Prophylactic censorship, as it were.

The trustees supported Piatkowski’s intervention by a five-to-four vote (one of the four later apologized for her vote). Burjoski was removed from the classroom and told not to communicate with students or other teachers. The meeting’s YouTube video was quickly scrubbed from the Internet because of its imputed harm.

At the board’s subsequent meeting on January 24, six delegations argued for the widespread availability of supportive literature for young people exploring their sexuality, although that was not Burjoski’s presentation. The board quickly took down this meeting’s YouTube video. According to media reports, delegations spoke about people being “hurt” by the teacher’s remarks; that schools had to be a “safe space;” and that trustees who voted to allow the teacher to continue had “caused harm.” Conversations with the area’s gender-diverse communities show that their overriding commitment is for schools to be safe and secure places for all students. Various WRDSB policies vigorously affirm that doctrine.

The WRDSB has apparently extended the ambit of the safe and secure doctrine to management of its meetings. In so doing, instead of using a Code of Conduct, as most boards and councils do in Canada, it invoked the Canadian Charter of Rights and Freedoms and the Ontario Human Rights Code. Both are used without justification, and their invocation reflects a troubling new righteousness.

In many areas of life, advocates have sought the curtailment of speech for a wide range of reasons, perhaps most obviously in the growing demands for social media to be regulated. This century has seen in Canada and elsewhere demands that certain speech be prohibited and that various speakers be “de-platformed.” Some challenge scholars to not cite work by people accused of “bad” behaviour or “bad” views.

The birth of human rights commissions, first in Ontario (1961), and then the Canadian Charter of Rights and Freedoms (1982), highlighted government’s changing role. The Ontario case is telling. Leslie Frost, then Conservative Premier, rejected calls for state action against discrimination in employment, accommodation, and access to restaurants. While such behaviours were reprehensible, they were not a state issue but rather a matter of private conscience. That they arguably marred Ontario’s reputation for being a welcoming place to do business and visit changed his mind.

Many saw the “fundamental rights” in the Charter as leading to a new civic nationalism that would weaken Canada’s traditional regional, ethnic, and language cleavages. Discourse about rights in time became calls for social justice, pivoting on the premise that social structures and practices undercut equality rights guaranteed in charters and codes.

The WRDSB incident speaks to a new righteousness, which is exemplified in the injunction issued before a delegation’s appearance. “All remarks are to be confined to the issue you are addressing and discourteous references to personalities or statements contravening the Ontario Human Rights Code or the Charter of Rights and Freedoms will not be tolerated.”

The preface’s first half could easily appear in the Codes of Conduct used by most Canadian municipal councils and school boards, but the last part represents a more extreme position. The board’s by-laws discourage approval or disapproval of a delegation’s presentation “as it may be intimidating to those who hold opposing views.”

Yet, as I argued in a subsequent appearance before the Board, the Charter is not applicable and the Code has not been construed by the OHRC to apply specifically to public meetings. On the latter, it is noteworthy the OHRC has noted that its interest are “in measures to ensure that school board trustees are held accountable if they fail to fulfill their obligations under the (Code).” Trustees were to be statutorily responsible for minimal standards in the Board’s Code of Conduct to ensure “that human rights are consistently upheld.” Nothing, however, is said about the management of public meetings.

Meanwhile, the board’s Code of Conduct and Human Rights Policy contains nothing about public meetings. Although trustees attend sessions on the application of the Ontario Human Rights Commission (OHRC) to schools, no WRDSB trustee has participated in sessions where decisions have to be made about the application of the Code. And, yet, that’s what happened on January 17, 2022, at great harm to the teacher in question.

Judicial decisions in free speech cases are nuanced and highly contextual deliberations about conflicting rights and social values. The overarching word is “proportional.” In this case, untrained trustees denied the right to speech on the flimsiest of grounds and in anticipation of what might be said. When the bounds of acceptable speech are vaporous, people fear “overstepping invisible lines drawn….by an unpredictable censor.”

The WRDSB’s approach to democracy is problematic. Indeed, the board has also recently made controversial decisions about things like changing school names, removing Student Resource Officers (police) from schools, poverty reduction initiatives, and library collections policy. Despite public commitments to consult widely with the community, its processes have been circumscribed, with mostly trustees, board staff, and selected group representatives participating.

Democracy is more than elections and majorities. It involves rights and minorities. Democracy is attenuated when governments consult narrowly rather than broadly; when its engagement with the community is limited: and when, by not releasing materials used to make decisions, it denies the pivotal democratic ideas of transparency and accountability.

School board elections suffer from low voter turnouts, even when compared to municipal council elections. Survey data indicate that “voters appear to place little importance on school board elections.” Waterloo Region fits the pattern. Most incumbents are re-elected and the differences in candidates are microscopic. Business groups pay no attention to school boards since tax decisions are made at Queen’s Park. Teacher unions and parent associations are the dominant interest groups. Local political entities have suffered from the severe contraction in resources for media newsrooms. Media accounts about school board elections are sparse and between elections, school boards are irregularly covered.

Low and irregular media coverage of school boards means that most people have limited resources to develop a well-informed perspective about what is being done and not done. The board’s discussions about policy issues have an anodyne character, with a majority of the trustees, who ordinarily vote together, generally having a polite, rather than searching, discussion. Moreover, journalists have told me that in recent times it has been very difficult to get trustees, the chair of the board, or the director to give interviews or appear on the local talk radio station.

The silencing of Burjoski raises questions about free speech in a precious place in our democratic structures – a public meeting where people appear to speak to elected representatives to make a case for this or against that.

Consider that the WRDSB also refused requests to release research materials used to make policy recommendations, such as in the case of the school renaming issue. Refusing to release materials used in decision-making negates the ideas of transparency and accountability. How can voters evaluate their representatives without having access to materials? How can election challengers offer alternatives without being able to probe into what incumbents were doing?

Without those materials school board elections become a contest of interchangeable slogans, colourful roadside signs, brochures full of cheerful family photographs, and dominated by name recognition that incumbency provides.

The reasons offered for not releasing the research report on school names speak to this new trend. One common argument was that the request for the report’s release was “vexatious” and would expose committee members to negative interactions. Their work should be not made public because of the safety and secure doctrine. That very night a speaker complained that some trustees had caused great hurt to Indigenous people in the November meeting, which had discussed the recommendations to change the names of three schools, one being Sir John A. Macdonald high school. The trustees in question were asked to apologize for the hurt they had caused and to attend Indigenous culture training.

Democracy does not start at the top but at the local level, and that’s where its erosion most easily happens. The building of trust is essential; respect for members of the community, not just citizens, is important; and an unalloyed commitment to openness in institutions is imperative. It is telling that the WRDSB, despite its many policies, even in its Governance Policy, is silent about its understanding of democracy and how it will conduct itself.

Peter Woolstencroft is a retired political science professor from the University of Waterloo. He has published essays on Canadian elections, the national Conservative Party, and Ontario parties and political culture.

Could a Russian Cyber Attack Trigger WWIII?: Christian Leuprecht on TVO’s The Agenda

Inside Policy: Freedom vs Security - Finding the balance between the right to protest and the rule of law