What Ottawa should learn from China’s Belt and Road Initiative: Preston Lim for Inside Policy

in Columns, Dragon at the Door, Foreign Affairs, Foreign Policy Program, In the Media, Indo-Pacific, Inside Policy, Latest News
Reading Time: 5 mins read
A A 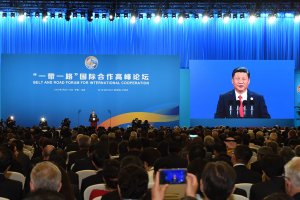 Canadian policymakers would do well to study how China treats its economic partners who have signed on to its Belt and Road Initiative, writes Preston Lim.

With Canada finding itself in a tariff war against the United States, the Liberal government has increasingly placed trade diversification as an integral part of its economic strategy – to help minimize Canada’s economic dependence on the closely intertwined American economy by looking further afield for trading partners. One country in particular has attracted the Canadian government’s attention: China.

Although Prime Minister Trudeau has so far failed to secure a free trade agreement with China, deteriorating relations with the United States could well resuscitate those efforts. In early July, China’s Ambassador to Canada, Lu Shaye, indicated that his government was still “keen to launch formal trade talks.” Plenty of analysts, including MLI’s Duanjie Chen, have already written on China’s unfair trading and investment regime. Yet perhaps the most convincing evidence that China seeks unilateral advantage in its economic relations can be seen in its Belt and Road Initiative (BRI).

Chinese President Xi Jinping has christened BRI as the “project of the century,” and it is difficult to deny the sheer ambition of this initiative that will see China invest in infrastructure and development projects across Eurasia – from Eastern Europe to Southeast Asia. In October of last year, the Chinese Communist Party went so far as to enshrine the initiative in its constitution. China has backed its rhetoric with impressive financial resources. In total, China plans to spend over $1 trillion on BRI over the next decade, having already financed this project with $300 billion.

China’s efforts are not limited to roads, ports, and other infrastructure projects. Beijing has also signed free trade agreements with multiple countries, thus laying the groundwork for a more multifaceted economic relationship with key BRI stakeholders beyond simply infrastructure development. For analysts who might cry, “The Chinese are coming, the Chinese are coming,” take note: the Chinese have already arrived.

Given the immense sums involved, it is no surprise that world leaders have been eager to sign up for BRI. For leaders from developing countries, the allure of what seems like no-strings financing offers a welcome alternative to funding from the World Bank. Developed countries do not want to miss the boat either and even Canadian policymakers have articulated a desire to help finance the initiative.

Yet those Canadians yearning for warmer economic ties with China would do well to study BRI’s dangers. Although often compared to the Marshall Plan, which saw the United States rebuild Western Europe following the Second World War, BRI is distinct in that China has tended to offer loans rather than developmental aid.

In the case that a partner country defaults on a loan, China has the option of taking over the project in question. Last year, for example, the Chinese government assumed control over the well-situated port of Hambantota after Sri Lanka defaulted on its loan terms. And the Hambantota case was by no means an isolated example of financing gone wrong. A study by the Centre for Global Development concluded that over a third of countries involved in BRI are at risk of debt distress.

In one of his last acts as US Secretary of State, Rex Tillerson warned that countries receiving BRI funding risked trading “short term gains for long term dependency.” Astute observers have termed China’s financing “debt trap diplomacy,” whereby China intentionally encourages dependency in the countries that benefit from its largesse. Such analysts have not gone far enough. Although China could well produce net benefits for the countries involved, BRI at its worst seems like naked economic imperialism.

At the very least, BRI promises to be a case of win-win diplomacy for China. If a country defaults on a loan, China is able to gain access or control over infrastructure at potentially strategic locations. Yet, even in the case of a successful project, China will be able to leverage its economic clout to influence the policies of partner countries. For example, Greece and several Eastern European beneficiaries of BRI funding have already broken with Germany and France by opposing increased restrictions on Chinese investments in Europe.

It is important, of course, to temper such warnings. While China’s ambitions may be sweeping, BRI has already run into challenges. Several countries receiving BRI financing have seen backlash against what locals interpret as unfair Chinese business practices. To take a conspicuous example, the Polish government in 2012 cancelled a highway construction deal. The Chinese construction company, COVEC, ran afoul of Polish subcontractors, who, angered by Chinese cost-cutting measures, unanimously refused to cooperate.

More significantly, BRI runs through conflict-ridden regions. Projects in the Middle East, Africa, and South Asia may prove easy targets for terrorist groups. To protect infrastructure, China may well eventually deploy military troops – it already has a base in Djibouti and, according to media reports, it is set to open one in Pakistan as well – or rely on contractors from Chinese private military companies.

Security provision will be an expensive task and could in turn lead to increased resentment if locals chafe at a heavy Chinese footprint. As China relapses into empire, it could well prove to be a giant with clay feet, irredentist in its ambitions but unable to meet such significant challenges abroad.

As the Canadian government works to diversify trade, it would do well to take a hard look at the alternatives. Free trade agreements are not a panacea, and a deal with China could prove costlier than expected. China’s 2017 takeover of Norsat, a Vancouver-based firm specializing in high-grade satellite systems, has only raised fears that China is more interested in pilfering Canadian technology than creating mutually-beneficial trade.

BRI thus provides a damning look into the extractive dynamics that motivate Chinese grand strategy. The irresponsible financing terms behind BRI, just like unfair Chinese trading and investment practices more broadly, are manifestations of the same underlying behaviour: in which China pretends to follow the rules of the Western liberal order, only to break them far away from the spotlight of international conferences.

If the current Canadian government ignores that hypocrisy and focuses narrowly on the potential business opportunities provided by China, it may soon find itself on the wrong end of the stick – as have so many other countries in China’s push for global power.

Preston Lim is a graduate of the Schwarzman Scholars program and received his Master’s in Global Affairs from Tsinghua University.

(Image credit: Cambodia, Office of the Council of Ministers)