in Latest News
Reading Time: 2 mins read
A A 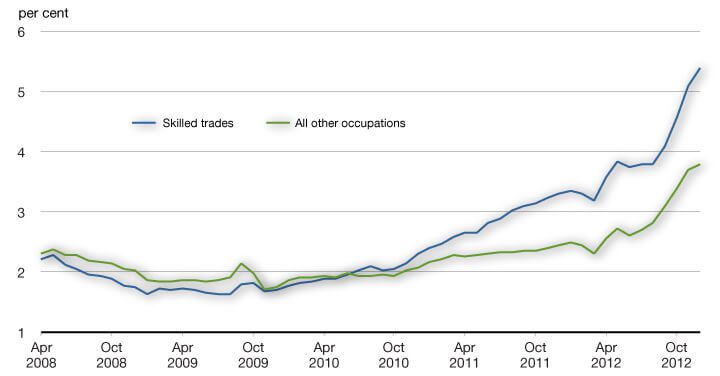 The usual suspects (e.g. at the Centre for Policy Alternatives) are up in arms over recent claims in pieces by both Brian Lee Crowley and Philip Cross that unemployment is far lower than the official stats imply.

This runs counter to their usual narrative to the effect that the job market in Canada is a mess, all new jobs created are few, far between and low paid, and everyone’s job is vulnerable to offshoring, outsourcing, globalisation or some other multisyllabic threat.

Rubbish. The job market in Canada is doing just fine. We have the largest share of our population working of any major industrialised economy, new jobs created in recent years are disproportionately high quality: full time, private sector, above-average pay. And careful readers of Brian’s Globe column will know that the critics missed the point entirely when they use StatsCan’s recent job vacancy numbers to counter his argument that job vacancies should displace unemployment numbers as the focus for policy.

As he made quite clear in the column, he was referring to new measures of job vacancies that are far more complete and sensitive to job market conditions compared to StatsCan’s approach, which is behind the times.

This graph  from the Budget documents elegantly highlights the growing problem that Canada’s economy is facing – that of increasing job vacancies, particularly in skilled positions, but all jobs as a whole as well.

Put these job vacancy numbers next to the analysis Brian and Philip have offered about how low unemployment is and you’ll quickly see that our biggest challenge isn’t unemployment or poor quality jobs, but labour shortages and a damaging mismatch between available skills and what employers need.