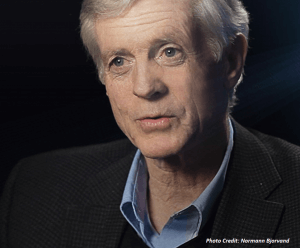 Best known for his many years of service as a Member of Parliament, Kilgour has also served as a senior agent of the Alberta Attorney General and a constitutional advisor to the government of Alberta.

“Kilgour’s experience as a prosecutor, MP and minister of the Crown all combine to give him an unparalleled expertise in numerous fields of interest to MLI, but even more importantly he has been fearless and forthright in speaking up on some of the greatest human rights issues of our day, even when the offenders are powerful countries others fear to offend.”

First elected to the House of Commons in 1979, he was re-elected seven times, most recently in 2004, for the south-east region of Edmonton. During his time in Parliament, Kilgour was Deputy Speaker and Chair of the Committees of the Whole House, Secretary of State for Latin America & Africa (1997-2002) and Secretary of State for Asia-Pacific (2002-2003).

Throughout his professional life, Kilgour has been recognized for his efforts through a variety of community and provincial awards, including “Masaryk Award” from the Czechoslovak Association of Canada, “Human Rights Award” from B’Nai Birth Canada, and the “Religious Liberty Award” from the International Religious Liberty Association. In addition, Kilgour was also jointly nominated alongside David Matas for the Nobel Peace Prize in 2010 for their work towards ending targeted systematic organ harvesting in China.

Based on his experience and credentials, Kilgour is “an ideal colleague for us at MLI,” said Dr. Crowley.

Kilgour’s most recent work has focused on human rights, religious freedom, and the Canada-US relationship.