Media and Free Expression in Taiwan Are Under Attack – What Can be Done: J. Michael Cole in the Taiwan Sentinel 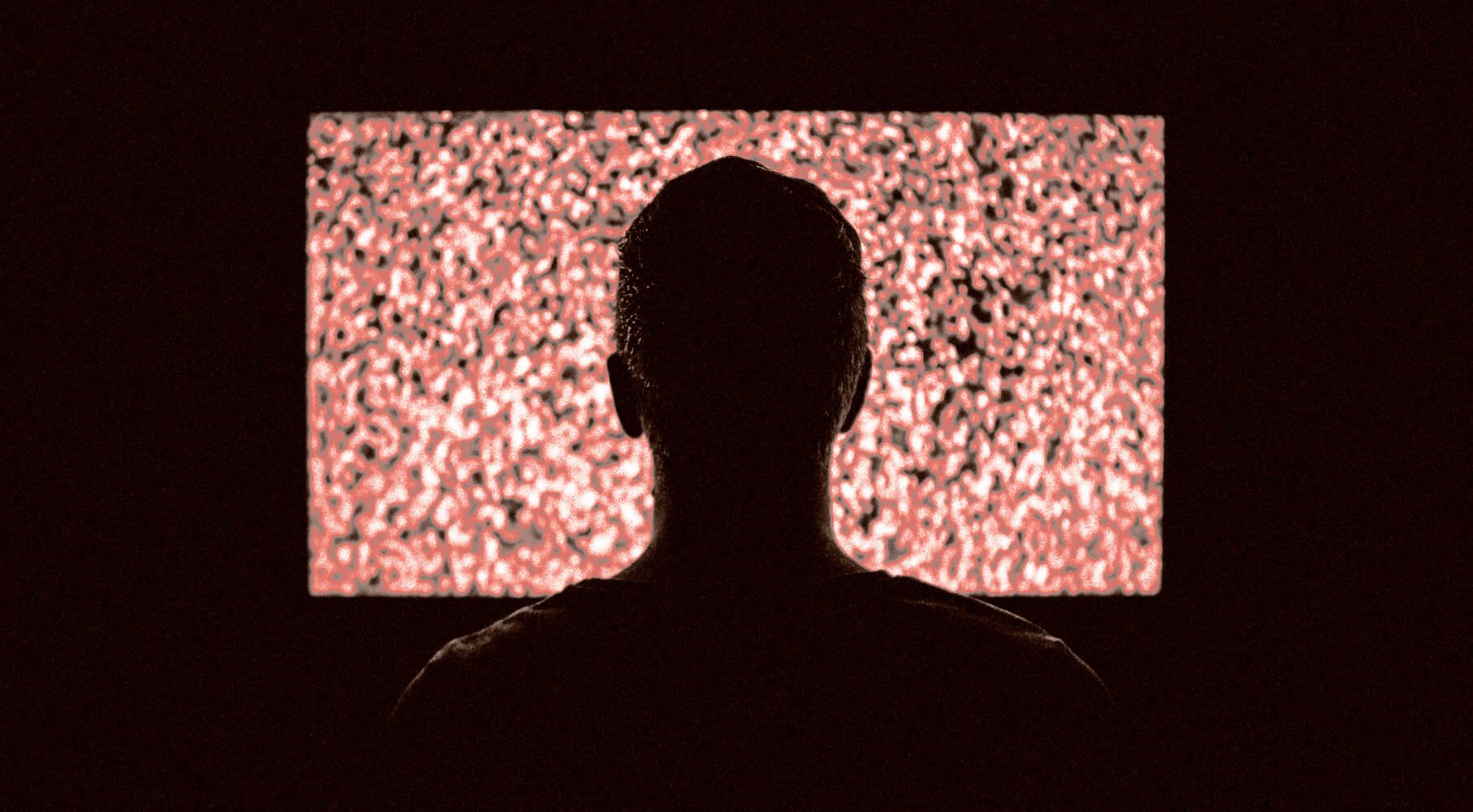 How can Taiwan avoid the imposition of a blanket silence which can only empower its enemies and damage its democracy? One way is to approach the problem from a different angle by providing additional protections for the journalists, academics and political commentators whose job it is to comment on politics, writes J. Michael Cole.

With Taiwan’s election campaign shifting into high gear, an escalating campaign of intimidation by one camp and a media consortium that backs its candidate threatens to seriously undermine the ability of journalists and political commentators, both local and foreign, to do their work. By doing so, that camp is hoping to impose its discourse on the process and to limit, if not silence outright, any criticism of its candidate and the proxies that are aligned with it.

In recent months, supporters from the said candidate have launched a vicious campaign online attacking any and all detractors; they have swarmed critics online and bombarded them with phone calls, threatening not just the critics, but on several occasions members of their families as well. Local businesses have been intimidated, forcing some to close or relocate.

As this assault was going on, a number of traditional media that are backing the said candidate have clearly broken the rules of fair coverage in their news programs through a disproportional focus on one candidate in particular, accompanied by several instances of disinformation. Three TV stations are suspected of paying local businesses to tune in to their stations, which all provide invariably favorable coverage of the candidate in question. Here, too, such actions are likely in violation of the law.

Such incidents have attracted the attention of civil society, which held a large rally against “red media” recently, as well as media regulators in Taiwan, who must address the issue with the various constraints imposed by laws that need to be modified to better suit the current media environment. The principal target of such attentions, whose leadership has led various delegations to Beijing in recent years and been engaged in efforts to “harmonize” cross-Strait media, is now threatening legal action against journalists, local and foreign, who have drawn a link between its editorial line and suspected backing by a foreign authoritarian regime that, oh, also happens to favor the aforementioned candidate. Unsatisfied with this, the said conglomerate, which in recent months has used some of its evening talk shows to vilify and spread disinformation about critics of the said candidate (this author in March, and the Financial Times correspondent this week), has also threatened to take legal action against whomever shares articles about its relationship with the foreign power or the said candidate or reproduces those articles in Chinese language.

There is only one logical conclusion to this, and that is complete silence. Investigative journalists will engage in self-censorship, while commentators will avoid saying or writing anything which is bound to attract the ire of the camp in question. And in a time when the active measures (i.e., “sharp power”) of the said foreign regime are raising apprehensions worldwide, inquiring minds will be reluctant to render their findings public lest this result in legal action against them and those who spread the word on social media. By dint of such threats, Taiwan, ranked the second-freest media in Asia this year, risks becoming more like the external foreign force, one in which critics of the said candidate and media conglomerate engage in obliqueness to refer to them and their actions — the piece you are currently reading is an example of this taken to an extreme, but an extreme that is nonetheless all too possible unless something is done about it.

Some commentators have sought to create a false moral equivalence and content that we should simply ignore this kind of behavior. That, I’m afraid, is not an option, in large part due to the fact that the scale of this assault on reason and free expression is unprecedented and likely is part of an effort by the said external force to erode Taiwan’s democratic institutions.

Impatient minds have long wondered why the government isn’t doing more to address the situation. So far, the authorities have seemed powerless, their actions limited to fines that fail to put a dent in the conglomerate’s huge finances or invitations to corporate high-ups to “explain themselves” to the National Communications Commission (NCC). Laws permitting more punitive actions have yet to be implemented and must be implemented with extreme caution lest this facilitate future abuse. Moreover, the government has said that is has yet to obtain concrete evidence to build a solid legal case against the entities involved in the above activities, many of which occur in a grey legal zone — the preferred battleground for authoritarians forces which have no compunction in using the restraints of our democratic systems against us.

So what is to be done? How can we avoid the imposition of a blanket silence which can only empower our enemies and damage our democracy? One way is to approach the problem from a different angle, at least until a legal case can be made against the insidious forces and suspected exogenous allies described above. Among other things, this means providing additional protections for the journalists, academics and political commentators whose job it is to comment on politics. Here are a few areas worthy of consideration:

The current threshold for libel in Taiwan is absurdly low; the Ministry of Justice should at the earliest revise regulations on the matter so that courts will not take any and all cases against public intellectuals, no matter how frivolous. Thus, firstly, plaintiffs, especially those that are suspected of colluding with external authoritarian forces, ought to be compelled to demonstrate the validity of their complaint before a judge can initiate a legal process, which can drag for several months and have a substantial impact on a targeted intellectual’s finances (not to mention the psychological pressure that results from being sued). Admittedly, such revisions would also make it more difficult for a public intellectual to sue members of the said candidate’s camp or their associated media for libel, but I’d rather not risk being frivolously sued for doing my job than to continue to operate in a free-for-all legal environment where the camp that possesses asymmetrical financial resources and a desire to silence us will almost always prevail. Higher thresholds, in countries like the U.S., have helped protect journalists and freedom of expression while avoiding the taking of frivolous legal action by entities such as those discussed above. For authoritarians bent on “lawfare,” Taiwan is a paradise. Courts in Taiwan should also pay more attention to jurisdiction and not take cases where the applicability of a case is in doubt.

Secondly, plaintiffs who initiate a frivolous or unjustified case against a targeted individual (e.g., to silence critics) should be forced to reimburse all legal costs incurred by the victim once a ruling has been made. At present, there is no cost whatsoever for initiating such action, as I myself discovered when I was sued by the Chinese company a few years ago.

Thirdly, the government, along with civil society and media groups such as the Association of Taiwan Journalists (ATJ), the Taiwan Foreign Correspondents Club (TFCC), Reporters Without Borders (RSF) and the Committee to Protect Journalists (CPJ), should help expose cases in which public intellectuals have been harassed by the said entities. Additionally, legal counsels should be made available to provide pro bono assistance to the victims of such attacks, much as lawyers offered their services free of charge to civil society during the Ma Ying-jeou era. Absent that, a fund should be created to provide financial assistance to journalists who are unfairly targeted.

If we can’t legally fight the nefarious forces that currently threaten Taiwan’s democracy in the media sphere for the moment, we can at least provide more assurances and support to the people who comment on politics and help make sense of the current challenges. Silence simply isn’t an option. We need to recreate a media environment where it is safe for responsible journalists and commentators to name names, where the identities of the said candidate and media conglomerate would be clearly stated here.

We need to fix the Amber Alert system: Philip Cross in the Financial Post