Lessons from the pandemic can help companies and workers alike tackle the issue of overwork: Linda Nazareth in the Globe and Mail 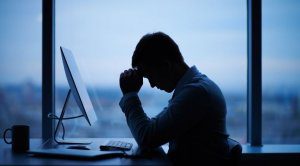 Given that working from home means longer hours and going back to the office full-time is not a favoured choice by many, it remains to be seen whether some kind of hybrid model of work actually results in more or fewer hours for most, writes Linda Nazareth in The Globe and Mail.

Is crisis mode our new normal in the work force? As the pandemic took hold in early 2020, it became clear that it was a case of “all hands on deck,” as everyone needed to step up to deal with a disruption the likes of which had not been seen before in our lifetimes. Workers were challenged to give their jobs their all, and many did just that. Now suddenly it is more than a year later, and for some it seems like the giving is never going to stop.

As the pandemic draws to a close, are things really going to go back to the old normal, or even to a new one where work-life balance is more than a phrase you see on communiqués from HR? Or will the reality be that the post-COVID-19 economy demands everyone keep going full-blast, work more hours than ever before – and then maybe ramp up from there?

The question of how many hours it is healthy to work is getting new scrutiny, because of a new report from the World Health Organization that suggests some are actually working themselves to death. According to the WHO, an estimated 745,000 people died in 2016 from stroke and heart disease associated with working long hours – an increase of nearly 30 per cent from 2000.

The results are based on a study done jointly by the WHO and the International Labour Organization (ILO) based on data from 194 countries. They concluded working hours that go beyond 55 hours a week are a serious health hazard, associated with a 35-per-cent increase in the likelihood of having a stroke, and a 17-per-cent increase in dying from heart disease, as compared with working a standard 35- to 40-hour week.

The WHO study showed much of the problem internationally was in Asia, with men in mid-life or later most likely to die, sometimes decades after they actually put in the long hours. That said, North America, in the midst of its current pandemic push for productivity, might be setting its workers up as the next victims.

The official statistics do not capture that particularly well, but they are not set up to really cover the blurring we now have between work and non-work. Although the WHO did not study the period of time since the onset of the pandemic, they did flag the fact the increase in remote work and stress on the economy because of the pandemic likely was pushing people to work more. Indeed, remote work does mean a blurring of the boundaries between work and non-work hours and likely is pushing the average time worked higher.

A study published by Statistics Canada in April found of those who usually worked in an office but shifted to telework during the pandemic, a large proportion found themselves more productive, accomplishing more an hour worked than they had at the office. Still, almost all of those surveyed also said they work longer days regardless.

Given that working from home means longer hours and going back to the office full-time is not a favoured choice by many, it remains to be seen whether some kind of hybrid model of work actually results in more or fewer hours for most.

For those who worked fewer hours during the pandemic simply because they were unemployed, the post-pandemic economy might force them into very long work weeks as well. As establishments open up in the service sector, those who previously made a living in retail or restaurants may accept as many hours as they possibly can – perhaps at multiple jobs – to make up for lost time, while others with full-time jobs may look for part-time assignments as well. From new graduates who were shut out of work for a year, to those close to retirement who need to pad out their savings, there may be many reasons for working hours to increase over the next few years.

In their analysis, the WHO suggested governments beef up laws around hours of work and that unions and workers’ associations pay attention to the issue, and that job-sharing be used to ensure hours worked do not climb above 55 a week.

All lofty goals, but probably completely irrelevant to a manager in a white-collar North American environment who is juggling working at home and at the office, trying to figure out whether “face time” still matters, and who with the aid of technology is now available 24/7. Companies may say they do not want people dying of overwork – and they may even mean it – but putting some teeth behind that would mean not rewarding those who put in the longest weeks, which is almost impossible not to do.

More realistically, the onus is going to have to be on workers, many of whom work for multiple employers, to recognize the issue of overwork and decide they do not want to be part of the negative statistics. That may mean voting with their feet and changing jobs in the post-pandemic period, or it may mean simply turning off their technology at some point and saying they are off the clock. Unless something changes around the way that work stresses our bodies, failure to take hold of the problem now may mean becoming the poster children of another WHO overwork study 20 years from now.

Linda Nazareth is the host of the Work and the Future podcast and senior fellow for economics and population change at the Macdonald-Laurier Institute.