Introducing the K-shaped economic recovery, favouring some sectors and leaving others behind: Linda Nazareth in the Globe and Mail 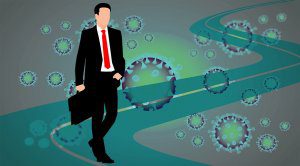 The economy is indeed recovering from the impact of the pandemic, but it is doing so in an awkward way, one that favours some people and sectors while leaving others behind. It is a complicated situation, characterized by a complicated letter, writes Linda Nazareth in the Globe and Mail.

And today’s recovery is brought to you by the letter ‘K,’ or at least that is how it is beginning to look. Oh sure, some of the indicators are getting us hopeful about a ‘V’ or maybe a ‘U,’ and some pessimists figure we are stuck at ‘L,’ but it would seem that it is all more complicated than that. The economy is indeed recovering from the impact of the pandemic, but it is doing so in an awkward way, one that favours some people and sectors while leaving others behind. It is a complicated situation, characterized by a complicated letter.

Early in the pandemic, most of us crossed our fingers and hoped for a ‘V’ shaped bounce back. That is, the lights went off everywhere and jobs and activity plunged, but there was some hope that we would see the opposite happen all around when things were allowed to reopen. Realistically though, most acknowledged that the recovery would be gradual, more like the ‘U.’ The ‘L’ was the worst-case scenario, the idea that things were going to be stuck along the bottom for a long period of time.

The idea of the ‘K-shaped’ recovery is that some sectors are indeed experiencing the bounce of the V, while others are only getting worse. Take the stock market, for example. While major markets have surged, it’s been easy to think that the economy and wealth are booming. Or think of the multitude of people in professional jobs who are resolutely working from home, complaining that they are busier than ever. They are not really in the midst of a recovery, because they did not experience job losses at all. The sectors they work in, which range from tech to finance to public service, are not in the midst of the shutdown, and in many cases, those working within them continue to earn as much as they ever have.

On the flip side is the situation in sectors including hotels, travel, entertainment and restaurants, where establishments are closing (or might do so after patio season is over). Workers in those sectors are facing shortened hours or outright unemployment and, even if they are still holding their heads above water, are getting increasingly worried about what might come next.

For the moment, some of the reality of what that means is being cushioned in Canada by decent government programs that are supporting incomes, but it would be naive to think that that will last forever. A lot of the sectors and jobs getting pummelled by the pandemic are the same ones that are vulnerable to automation and online competition in future, and those trends are now converging as safety concerns mean swapping human beings for machines in places such as hotel check-ins. Unless something changes, the downside of the ‘K’ will be very visible in the future.

Most of the focus of the ‘K-shaped’ recovery so far has been on the U.S. economy, but in fact the Canadian labour force figures illustrate it quite clearly. As of August, Statistics Canada found that employment for low-wage workers (defined then as those earning less than $16.03 an hour, or two-thirds of the 2019 annual median wage of $24.04 an hour) was at 87 per cent of prepandemic levels, as compared with 99 per cent for all other employees.

You can also see what is going on by looking at employment by sector. In a clutch of sectors, including professional, scientific and technical services and finance, insurance and real estate, employment as of August was a 98 per cent or more of prepandemic levels. In contrast, in accommodation and food services the figure was 79 per cent.

Of course, there is no guarantee that higher skilled, higher wage workers will not be subject to layoffs in future if the economic slack continues, but that would be a cyclical issue that would likely be reversed when the economy picks up. In the case of lower wage and lower skill workers, the trends were firmly entrenched against them even before the pandemic hit. Automation was already driving down job prospects and wages for this group, something that is only going to happen more quickly postpandemic.

Is there a way to transform the ‘K’ into another letter, one that is more inclusive of all workers and all parts of the economy? Some point to extending income supports or perhaps implementing a basic income, while others believe more aggressive government stimulus packages that include help to small businesses will go some way to lifting all boats, or that a return to unionization is a way to go. Given that there is no reversing the larger trends, perhaps over time all of these measures will need to be tried. Just noting the upper part of the ‘K’ while ignoring the bottom may make the situation seem more upbeat over the short term, but it is likely to lead to more economic hardship and societal stress over the longer one.

Ep. 52 – The Silent Invasion of our Academic Institutions with Chemi Lhamo and Ai-Men Lau

Ep. 52 - The Silent Invasion of our Academic Institutions with Chemi Lhamo and Ai-Men Lau