The future of the post-pandemic labour market: Linda Nazareth in the Globe and Mail 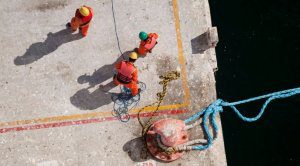 There is reason to believe that even when the lights turn back on in the global economy, too much will have changed for things to simply go back to ‘normal’, writes Linda Nazareth in the Globe and Mail.

The pandemic wreaked havoc with Canadian employment in 2020, but have the disruptions been cyclical or structural in nature? Once everyone gets jabbed in the arm, does that mean all the jobs that disappeared return once again – or will some disappear or be transformed? There is reason to believe that even when the lights turn back on in the global economy, too much will have changed for things to simply go back to ‘normal.’

The notion of cyclical job loss is used by economists to describe how employment tends to ebb and flow with the business cycle. At the top of the cycle, demand for workers is strong and employment is high. When recessions come, they lose jobs; then when things pick up, they get rehired. Generally speaking, you can douse a recession by increasing government spending or lowering interest rates – but the pandemic has caused a recession the likes of which policy makers cannot easily tame. No amount of economic policy moves is going to influence how many cases of COVID-19 we have, or can prevent the lockdowns that cause the economy to grind to a halt.

Canadian jobs have been on a roller coaster this year. Between February and April, Canadian employment plunged by about 3 million and has been crawling back ever since. As of November, employment was 482,000 jobs below its prepandemic level – although with several provinces announcing new lockdown measures in recent weeks, we can assume that the overall figure will surge again at the end of 2020 and beginning of 2021 before recovering. The unemployment rate has gone from 5.6 per cent in February to 13.7 per cent in May to 8.5 per cent as of November.

The end of the pandemic will presumably mean jobs returning to where they were, albeit with a lag, unless there is structural change in the labour market. For example, in past recessions, Canada’s energy sector has amped up automation such that they did not need the same number of workers to operate. This time around, robotics could change factory operations or grocery stores in that we may need fewer workers in those sectors. Or we could just change our habits – travelling less for business and perhaps eating out less often – but that would mean big implications for the hospitality sector. Until the dust settles, we will not know how many of these trends are taking place, but it would be surprising if some structural changes are not forthcoming.

So far, the pandemic has hit different groups with varying degrees of severity, which perhaps gives us a clue as to whether they will rebound completely. Those who happened to work in hospitality, food services, retail, construction or transportation have had a much greater chance of losing their job than others. Other sectors, however, have flourished. For example, in November, the finance, insurance, real estate, rental and leasing sector surpassed its February level of employment by 2.3 per cent. For some people, the losses in one sector could mean a potential transfer to another. For example, a systems analyst who loses their job with a hotel chain might seamlessly move to working for a bank. A chef, however, might have a more difficult time transitioning and would be more dependent on their own industry recovering – or may have to change occupations entirely.

It is also significant that pandemic job losses have been largely concentrated on lower-wage workers and those with lower levels of education. Looking at the change in employment figures between February and April in terms of wage levels, overall there has only been a drop of 1.3 per cent. Those who make less than $12 an hour, however, have seen employment fall by 34 per cent, while those who earn $12 to $20 an hour have seen employment decrease by 12 per cent (figures are for full- and part-time workers and not adjusted for seasonality). You can also see a marked difference in the experience of workers by education. Employment among those whose highest education was high-school graduation fell by 5.6 per cent between February and November, while it grew by 4 per cent for those who have a bachelor’s degree.

So how can we deal with the disruptions, both cyclical and structural? The cyclical aspect is perhaps the easier one – although the solution will not be inexpensive. From the fiscal side of things, we are likely to need a chunk of additional spending by the federal government, which will mean living with high deficits for longer than anyone would like. The November fiscal update suggested that a best-case scenario could see the federal deficit drop from its current projected $381.6-billion for 2020/21 to $121.2-billion in the coming year and then go down quickly after that. That might well be wishful thinking, and even the projected “worst case” of $136.7-billion for next year might be hard to achieve. From the Bank of Canada’s side of the table, the situation in the economy and the labour market means that higher interest rates are going to be a long way off as well – maybe years away. This is just not an economy that can withstand standing on its own any time soon.

Dealing with the structural changes in the labour market will need different measures. In a report released near the beginning of the pandemic, the Organization for Economic Cooperation and Development (OECD) looked specifically at Canada’s labour market future, noting that the process of automation was going to speed up and there was a need to “future-proof” workers. Among other measures, they recommended using government support to boost training programs, and targeting those most at risk of being affected by automation, including low-skilled workers.

As we approach 2021, there are many reasons for economic optimism, and without a doubt we will surely see employment rise. This may even happen across the board as a postvaccine boom lifts activity in many industries. At the very least, however, we should remember that some groups are much more vulnerable to economic disruptions than others, and give some serious thought to policies that reduce that vulnerability.

Longer-term, no boom is going to erase the risks of disruptions ahead – meaning that now is the time to think about more substantial measures to deal with a labour market that will keep changing even once COVID-19 is in the rearview mirror.