in Columns, In the Media, Latest News, Peter Menzies, Telecoms
Reading Time: 5 mins read
A A 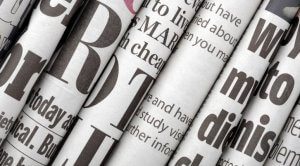 We will hear a lot in the months ahead about who’s making money from news, so let’s get something straight: Even in the profit-soaked heyday of Canadian newspapers, no one made money from news, writes Peter Menzies in the Line.

We will hear a lot in the months ahead about who’s making money from news, so let’s get something straight: Even in the profit-soaked heyday of Canadian newspapers, no one made money from news.

That all ended about 100 years ago when radio — and then television — began delivering it for free.

Oh sure, the occasional ongoing news story would inspire people to buy more newspapers. But in my 30 years in that business the only event that did so in any significant way was the death and funeral of Princess Diana. Even then, after the extra cost of newsprint and distribution, the financial return was insignificant.

But mythologies die hard. People in newsrooms believed news made money — and apparently some still do — even when year after year, surveys of readers showed that there were lots of other things that sold and sustained newspapers.

Some people bought them because they were looking for a job. For others, it was a house, a plumber, a companion, a pet, a car or, really, almost anything else you can think of that might be needed. Classified pages were every town and city’s marketplace. That’s where you found stuff you had to get and bought an ad when you had something to sell or tell people about. It was where you announced the births of your babies, the graduations, engagements and weddings of your children and the deaths of your parents. The lives of communities were recorded in the classified pages of their newspapers.

After a glance at the headlines, many other readers’ first and sometimes only stops were the horoscope, comics, crossword (an error there generated far more calls than a rogue columnist ever could) and other pleasant distractions. For still more, it was the stocks listings, sports scores or recipes to which they were primarily drawn.

There were movie and entertainment listings — even a TV guide so you’d know where and when to find Seinfeld. On Thursdays, you might buy a paper just for the Canadian Tire flyer. On weekends, specialty sections discussed books and told tales of travel adventures well-supported by the latest deals advertised by travel agencies. Housing developers pitched their latest home designs in special real estate sections. And there were magazines. Honestly, there were.

Accurate coverage of the events of the day was necessary, but was only part of what made newspapers successful as aggregators.

The cost of distributing the paper was covered by subscriptions and single copy sales. Newsrooms were paid for, roughly, by classified revenue. Display ads and flyers made the owners rich and they built cost structures — pension plans, 35-hour work weeks, daycares, shift differentials, collective bargaining agreements, bonus structures, etc — that depended on them continuing to do so. No one thought the party would ever end.

Until of course people, doing what they do, started inventing new things like the remote control and cable listings channels. There went single copy sales on Fridays for the TV Guide. Then came TV sports channels — say goodbye to that urgent need to catch up on the scores — along with other specialty channels such as business and weather networks. They were followed by the internet, Kijiji, Craig’s List and other online portals such as the TSX, Expedia and others, and, well, the whole damn thing just collapsed. All because, at least in Canada, news had never paid for itself and papers had nothing left to sell but news and no money to support it.

And here we are.

Canadian publishers, supported by increasingly overwrought statements from federal Heritage Minister Steven Guilbeault, are desperate for cash to sustain the remnant husks of their once mighty fortresses. To do so, they are promoting the miserable argument that “web giants” are making money by using and profiting from the news their organizations produce/reproduce and, mostly, give away for free. In doing so, they may be the first generation of publishers in a century that thinks news makes money.

If journalism exists to exchange favours and myths with powerful elites in order for them to sustain each other, it should be dismissed as propaganda. Similarly, just writing things down or copying and pasting government news releases while slapping your byline on top (you know who you are) is just grubby stenography that doesn’t argue in favour of journalism being designated as a public good cared for by government — which is what Guilbeault is trying to do.

I am not sayingjournalism doesn’t have value. Structures matter. If it has independent thinking, a competitive framework, is founded in unwavering faith in and courageous defence of free speech; if it adheres to ethical codes regarding the honest search for truth through the unprejudiced presentation of a variety of viewpoints and is rigorous in sorting opinion from facts, journalism can play a useful role in maintaining the health of democracy. If it is brave, accurate, delightfully-written and lively, it can also even be fun. If it has a sensible cost structure it may even pay its way.

The role that good journalism played when newspapers were whole was significant. What it did when it met people’s needs and was accurate, fair and honest was to build the social capital that made the reaping of advertising and subscription revenue as outrageously successful as it was. It built belief that not just the news but the advertising and everything else could be trusted. Communities considered their papers to be a public good held in private trust.

So let’s say journalism really is a public good. The question then becomes how best to allow it to flourish? Could it be, as Emma Gilchrist of The Narwhal and Press Forward elegantly argued in the Globe and Mail the other day, through innovative specialty platforms with sensible cost structures adapted to a new world? Perhaps.

But it won’t be through Guilbeault’s planned shake down of “web giants” to subsidize 20th-century businesses. Even if he and the publishers grab a few more nickels from Facebook and Google, the best most of them can hope for is that they last a couple more years — and those at the expense of innovators. The largest of them, Postmedia, may have a monopoly in most major Canadian cities but it isn’t a transcontinental powerhouse like Rupert Murdoch’s News Corp which scored a relatively modest reward from its Australian tech mugging. Torstar’s plan to go into the gambling business might work. At least it shows innovative thinking, but who knows?

I don’t. But I do know that neither news nor journalism will go away even if Canada’s newspapers do. If they do, it will be a sad day, but all things must pass. There are already plenty of digital platforms and broadcasters ready to curate and deliver the news of the day accurately and for free over the air and online. And we have Kijiji for everything else.

Peter Menzies is a former editor-in-chief and publisher of the Calgary Herald, past vice-chair of the CRTC and a senior fellow with the Macdonald-Laurier Institute.