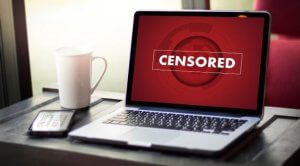 If we can’t trust citizens to make up their own minds based on the evidence, we won’t have a democracy to speak of, writes William Watson in the Financial Post. Below is an excerpt from the article, which can be read in full here.

After Donald Trump’s White House appearance last Thursday, in which he claimed that an election he had won was being stolen from him, CNN’s Jake Tapper came on and said the president was lying, lying, lying, nothing he said was true, his nose was growing and his pants were on fire. I don’t actually have the tape, so I’m paraphrasing here. But Tapper’s message clearly was that the president was factually incorrect in just about everything he had said. “There is absolutely no evidence of election-rigging” was a media mantra until the Washington Post furnished the new mantra that a postal worker had recanted his previously sworn account of there having been tampering with postmarks on mail-in ballots. There was absolutely no evidence, and now what evidence there was had been recanted.

My first reaction to Tapper’s reaction to Trump’s statement was what a wonderful thing it is that a TV anchor can come on right after the nation’s leader and say the leader has been speaking bollocks. He couldn’t do that in Vladimir Putin’s Russia or Xi Jinping’s China. Or rather he could: once. In a majority of countries around the world, he’d face serious consequences. Maybe even in Justin Trudeau’s Canada, given the close relationship between the Prime Minister’s Office, on the one hand, and media budgets (the CBC’s) and regulations (for all networks).

So the media’s continuous calling out of Trump is a terrific reflection on freedom of speech in the U.S. — freedom of some kinds of speech, at least. On balance, however, having our understanding of the world “curated” by media guardians is not a great way to run a society. I don’t doubt that Trump was mainly lying in his Thursday night statement. (My favourite cartoon making the rounds on the internet this week is of a glum Napoleon, hand in vest, insisting “I won Waterloo, by a lot.”) But I would really rather hear what Trump has to say and make up my own mind. Anyone who has reached the age of majority in this society, and even many who haven’t, has learned how to tell when a politician is spinning. In Trump’s case, the ratio of truth is in inverse proportion to the strength of the adjective (beautiful, tremendous, fantastic).