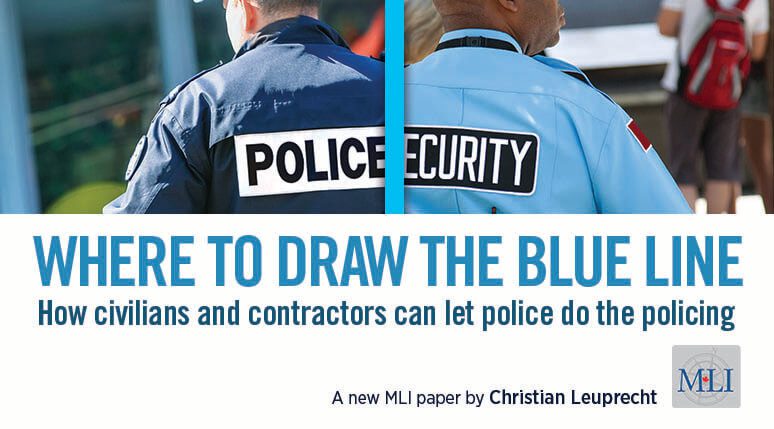 OTTAWA, ON (November 21, 2019): Policing services in Canada are facing pressure both from within their ranks and from the general public. Stressed municipal budgets, increased expectations from the public, growing complexity of police services, and salary pressures are reducing their ability to conduct policing work effectively.

Given these mounting pressures, what options are available to policy-makers to put the delivery of policing services in Canada on a sustainable footing?

In a new Macdonald-Laurier Institute study titled Where to Draw the Blue Line: How civilians and contractors can let police do the policing, MLI Munk Senior Fellow Christian Leuprecht puts forward a dynamic vision to enhance the quality of service delivery while making Canada’s police forces more effective and efficient.

Leuprecht examines “alternative service delivery” (ASD) as a means to relieve some pressure from municipalities. While public support for uniformed police to deliver services relating to Criminal Code offences remains strong, the public is less convinced that uniformed police should be providing other public services, such as administrative and support service such as fingerprinting and court services, which could be carried out by civilians or third-party contractors.

Many of these public services are considered non-core policing services. Optimizing the delivery of services reduces strain on resources and budgets while improving outcomes by enhancing expertise and quality.

Leuprecht’s paper analyses initiatives across the country such as Calgary, where Transit Peace Officers reduce fare evasion and bring in $1M in fines while improving public safety. When the Vancouver Police Department increased the number of civilian employees to reduce demand on sworn officers, it was a resounding success. In Winnipeg and Montreal, the creation of a Cadet Program led to more community engagement, increased police visibility, and corresponded with a drop in crime statistics. The Nova Scotia Commissionaires, working on contract, have a decades-long track-record of tasks such as patrolling the Harbour Bridge, front-desk management, data processing, background checks, store room management and ID services, at demonstrably less cost than a sworn member. 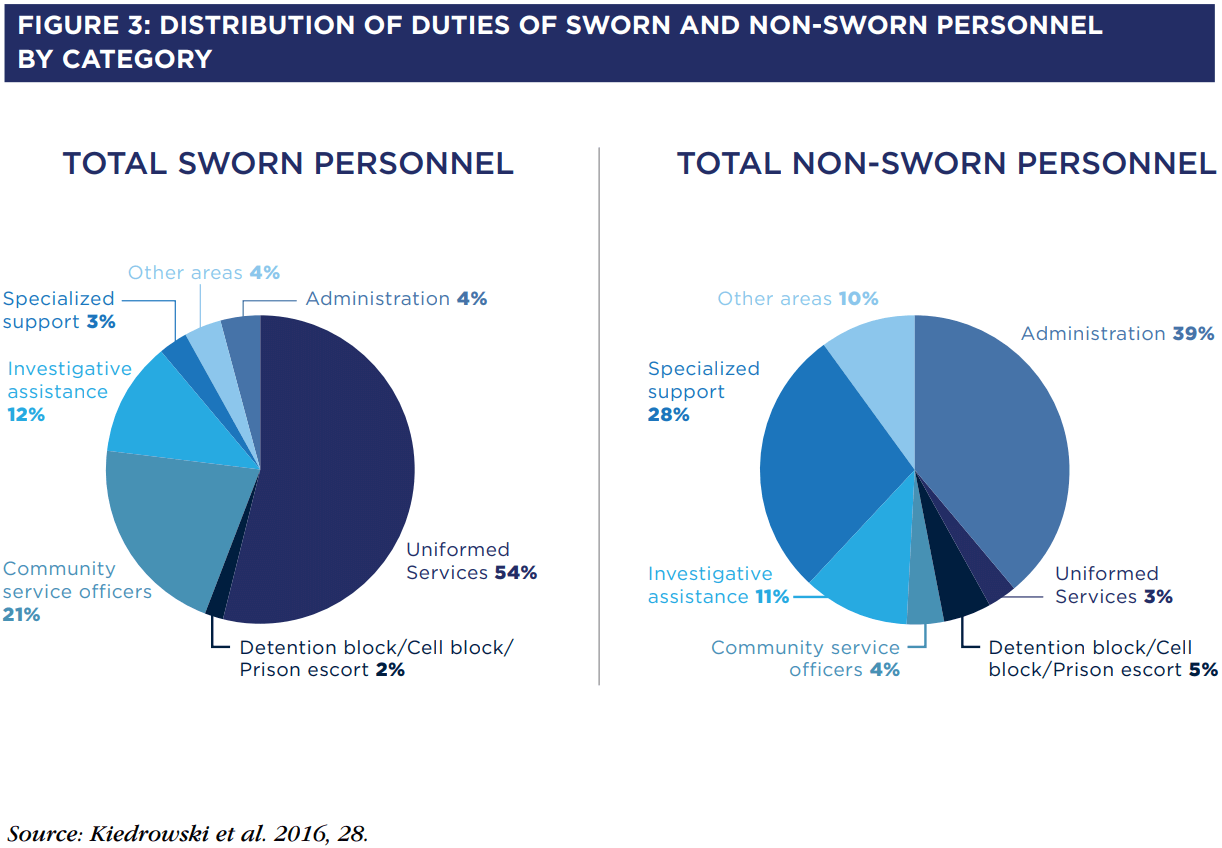 Despite these established successes and public support, Leuprecht cautions that police associations and chiefs are wary of these sorts of changes, and adoption of civilianization and contracting remains tepid.

“The greatest obstacles to change come from police associations and chiefs who are stiffly resisting the efforts of legislators and other civilian authorities to implement new approaches,” says Leuprecht.

Still, Leuprecht argues that greater ASD for non-core policing is an important step in balancing quality, efficiency and effectiveness.

To achieve this goal, Leuprecht recommends:

“Canadian police departments are gradually shifting to an operational model that does not necessarily have expensive, highly skilled, highly trained members respond to calls where public safety is not in jeopardy,” explains Leuprecht.

“Building on these trends raises the prospect of better service, greater efficiency, and better value for money.”

To learn more about the problems with Canada’s policing services and how they can be improved, check out the full paper here.

Christian Leuprecht is Class of 1965 Professor in Leadership at the Royal Military College, Director of the Institute of Intergovernmental Relations in the School of Policy Studies at Queen’s University, Munk Senior Fellow at the Macdonald-Laurier Institute, Adjunct Research Professor at the Australian Graduate School of Policing and Security, and Fulbright Chair in Canada-U.S. Relations at Johns Hopkins University’s School for Advanced International Studies.