A civil answer – without political will, the flaws of Canadian policing will never be fixed: Christian Leuprecht in the Globe and Mail 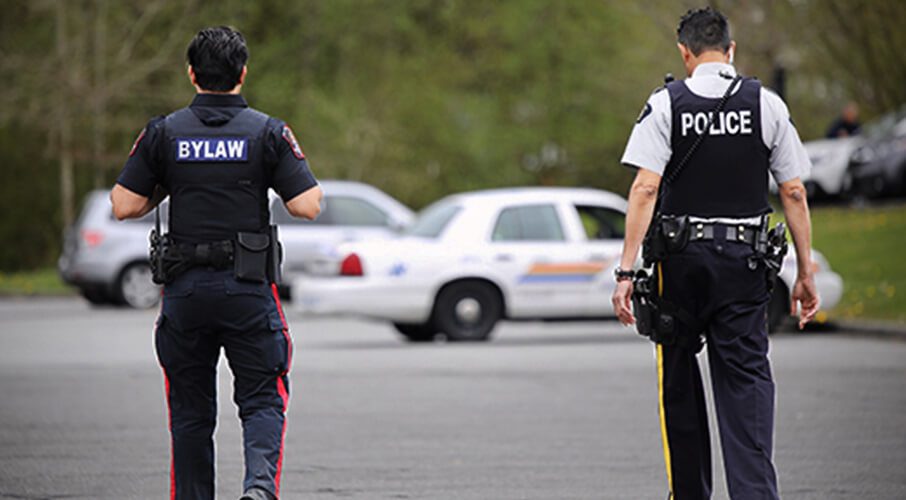 Now, as our society evolves on the issue of systemic racism, its various institutions are working to catch up – including policing. But a historical legacy means there is a wide gap between society and policing on that front – and without meaningful commitment to systematic reform, that gap will continue to grow, writes Christian Leuprecht.

There is a truism about society: As it evolves, so too does its view of what is right and wrong. Six decades ago, being forced by law to wear a seat belt was unthinkable; six decades earlier, only white men had the vote. Now, as our society evolves on the issue of systemic racism, its various institutions are working to catch up – including policing. But a historical legacy means there is a wide gap between society and policing on that front – and without meaningful commitment to systematic reform, that gap will continue to grow.

Police organizations bear some responsibility for that. Recent police interactions that led to death or injury have made this unequivocally clear, as have Black Lives Matter protests and years of damning reports from national inquiries and internal commissions. In mid-July, the RCMP’s independent watchdog admonished the Mounties’ for repeated “unreasonable use of force.”. Police in Canada are governed by the National Use of Force Framework, which outlines when the use of violence is justified, and the type of force that is justified under specific circumstances, but more training, with an emphasis on de-escalation, is needed to reduce the propensity for violence.

But the responsibility for troubled civil-police relations ultimately lies with politicians. They set the framework, conditions and constraints for police to do their work – and they have set police up for failure.

Governments, after all, are responsible for public services, and increasingly, growing gaps in service delivery are left for police to fill. As a result of dwindling government support for broader social services, officers are often thrust into the role of expensive generalists, forced to take on more non-policing functions as public expectations grow accordingly. A lack of sobering centres, for instance, often means people are held in police cells until they’re no longer intoxicated; a lack of women’s shelters means victims often have to return to situations that are unsafe; a shortage of mental health beds and long wait times mean that police end up doing wellness checks (up to 40 per cent of all police calls now concern mental-health issues). Police intervention during a crisis is not nearly as useful as preventing it altogether, but that requires a wider suite of public sector agencies.

On the one hand, police are sometimes the only representatives of the establishment that remain in certain jurisdictions – and in that scenario, police become the adversary. As a result, with every shift, patrol officers are faced with the risk of imminent violence. That can allow an us-versus-them mentality to fester, which can manifest in racist attitudes, overt acts of violence or excessive force. Concerned about getting hurt, many officers deploy use-of-force to take control of the situation.

On the other hand, true community policing involves close connections and interactions with residents to build trust and credibility. Instead, police patrol in vehicles and are armed with more use-of-force options, which makes their relationship with communities more adversarial. Earlier this year, the OPP and RCMP were both faced with enforcing injunctions – in Tyendinaga in Ontario and in Wet’suwet’en territory in B.C., respectively. In accordance with its Ipperwash Framework, the OPP showed up in civilian attire, made “every effort prior to understand the issues and to protect the rights of all involved parties,” and promoted and developed “strategies that minimize the use of force to the fullest extent possible.” In contrast, the RCMP arrived in paramilitary gear and employed aggressive enforcement tactics – reminiscent of actions previously taken in Kent County, N.B., and High River, Alta. Trust, once lost, is hard to regain.

There is a solution. In fact, between 2007 and 2017, 15 studies and reports on the RCMP alone generated a broad expert consensus on what should be done: civilianization, or allowing non-policing Canadians to occupy senior leadership, management and oversight roles, while uniformed members run operations. This has long been the approach of the civilian-led Australian Federal Police, so why not here? Officers are not inherently business-savvy or steeped in administrative expertise; they learn management and leadership skills within the institution, which means they will manage the way they were managed. As a result, they lack the experience to bring about the change needed to meet the public’s heightened expectations.

Yet police organizations generally drag their feet on civilianization, inoculate themselves from reform and protect their institutional privilege. Exhibit A: The multi-decade predatory reality that culminated in a $100-million settlement for a class-action lawsuit over harassment in the RCMP.

For the RCMP, some of these problems are legacy holdovers from being modelled on the Royal Irish Constabulary, a quintessentially colonial paramilitary paradigm that informed the Dominion’s relationship with Indigenous people. That institutional DNA has many modern manifestations, including in the RCMP’s ubiquitous command-and-control approach and its notorious shortcomings on accountability and transparency; this is learned behaviour, systematically socialized into every recruit. In general, Canada’s police services have an antiquated leadership model, too: new recruits start at the bottom, and work their way up the ladder. This is worrying, since the National Security and Intelligence Committee of Parliamentarians’ 2019 annual report found that resistance to diversity and inclusion is strongest among the ranks of non-commissioned officers (NCOs), from which future uniformed cadres will be drawn.

In a democracy, the people should have the right to shape the parameters for police decision-making and service delivery. Yet politicians have shown that time and time again, they prefer to shirk their responsibilities, handing police chiefs and RCMP commissioners considerable discretion until their inevitable missteps, at which point politicians intervene only to replace them in the hopes that maybe this time, they’ve found the right person for the job. But this is the definition of insanity – doing the same thing over and over again, expecting a different result. Canadians should hold politicians to account. For Indigenous and racialized Canadians, an overhaul of community safety is a long time coming.

Christian Leuprecht is Class of 1965 Professor in Leadership at the Royal Military College, director of the Institute of Intergovernmental Relations at Queen’s University, and a senior fellow at the Macdonald-Laurier Institute.

Drug prices can go too low: Richard C. Owens in the Financial Post