Together, the two countries can reduce their reliance on authoritarian regimes like Russia, and better defend their security and common interests. 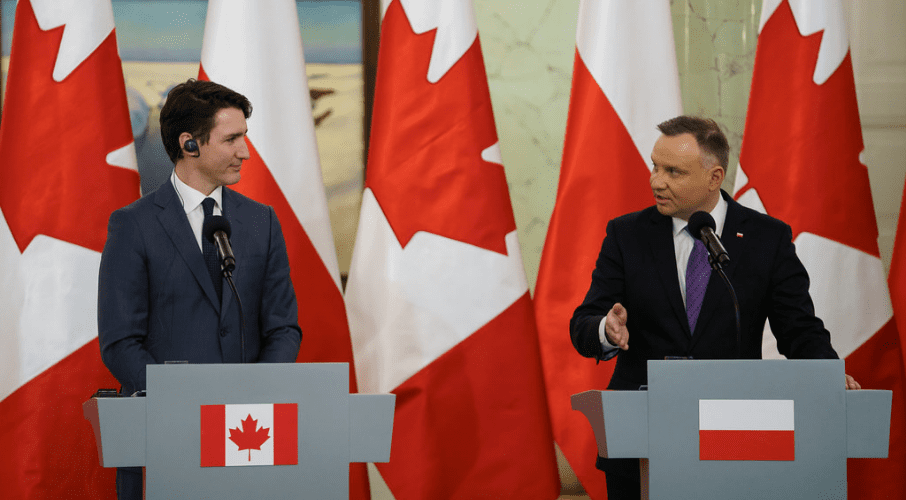 Contrary to the line by a fictitious Soviet general in the 1983 James Bond movie “Octopussy,” the West is neither decadent nor divided in the face of Vladimir Putin’s armed invasion of Ukraine.

If anything, his actions have done the opposite. They unify NATO, reinvigorate the European Union, solidify Ukrainian national identity and fundamentally altered German policy toward Russia. However, this once-in-a-century window of opportunity is slowly closing.

Ukrainians have put up a heroic defence and stymied Putin’s plans to swiftly occupy their country. However, the conflict is causing a massive humanitarian crisis. With attacks on civilian targets like kindergartens and hospitals displacing millions, Russia is committing war crimes that the West must be prepared to investigate and prosecute.

Failure to do so and conceding to this aggression directly emboldens authoritarians like Putin or China’s Xi Jinping to challenge the rules-based international order elsewhere in the world, such as Taiwan or in the Arctic. In other words, although the war is in Ukraine, it’s not solely about Ukraine. Ukrainians defending their homes are also the vanguard of democratic forces defending against authoritarian revanchism around the world — they are fighting for us all.

The conflict has caused Canada, the U.S. and others to recall their “muscle memory” from the Cold War. However, Canada, Poland and their allies can’t rest on their thus far meritorious laurels. Instead, they must think big at this critical juncture. What needs to be done? Three ideas suggest themselves.

First, the Canada should publicly commit to raising defence spending to the NATO benchmark of two per cent of GDP. Canada has been a laggard in NATO regarding defence spending. Delays in procurement, years of underinvestment in capital and human resources, and a general lack of interest on defence and security issues have stretched Canada’s ability to defend its interests and protect its sovereignty. It also left Canada with limited ability to offer military support to our allies when the going gets tough.

As a recent Macdonald-Laurier Institute poll from December 2021 suggests, there is public support for an increase in defence spending. After Russia’s barbaric war in Europe, those numbers are sure to be higher. The best time to correct these mistakes was yesterday. The second best is today.

Second, Canada should expand its European security footprint beyond its commitment in Latvia. Occupation of Ukraine and de facto annexation of Belarus creates a direct friction point for NATO. Canada can consider adding a troop presence in Poland, which is becoming the linchpin country for eastern flank security. Poland can also serve as a perfect conduit through which Canadian-supplied arms can reach Ukraine. It is high time to deepen Canadian-Polish co-operation in defence of our common interests and values.

Lastly, Canada should be an active player in ensuring energy security for its European allies. Canadian liquefied natural gas (LNG) can and should play an important role in weaning Europe off Russian natural gas. Canada’s allies like Latvia are already asking for Canadian LNG imports. The primary obstacles for Canada to play a much bigger and constructive role here are domestic and regulatory in nature. The Canadian government should take a broad, strategic view when it comes to energy exports, rather than one beholden to local and special interest groups.

Engaging with the Three Seas Initiative — a forum that brings together 12 EU member states between the Baltic, Black and Adriatic seas — will also be an important step. Poland is central in this project, which has an important energy security and infrastructure co-operation component. Poland can facilitate a serious Canadian engagement within the initiative.

Ukraine is the canary in the authoritarian coal mine. Putin’s war of aggression dispelled any illusions in the West about the true nature of his regime, a fact already well-known and understood by Poland and the Baltic states. Canada and Poland should work together much more closely from now on to help Ukrainians defend their homes from invaders and strengthen our common bonds.

Together, we can reduce Western reliance on authoritarian regimes like Russia and China, and increase our capacity to defend our security, interests and values. The time is now. Tomorrow might be too late.

Pawel Markiewicz is an analyst at the Polish Institute of International Affairs. Balkan Devlen is a senior fellow at the Macdonald-Laurier Institute.