Canada has an outsized contraband tobacco problem: Leuprecht in the Star

Writing in the Toronto Star, Macdonald-Laurier Institute author Christian Leuprecht says that the problem with contraband tobacco is bigger in Canada than other jurisdictions around the world. 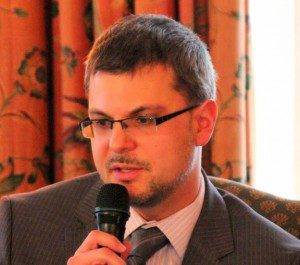 Canadians regularly consume more contraband tobacco products than those in other countries, he says.

He points to growing demand in Ontario as just one example, and he argues that Ontarians and their government should stop treating it as merely an issue of lost tax revenue because tobacco smuggling has strong links to serious crimes.

The Macdonald-Laurier Institute and Dawson Strategic are partnering on a series of events looking at the issue. The first meeting took place in Ottawa last month.

One of the measures of state failure is the relative size of the underground economy. So-called narco-states are rife with smuggled cigarettes, liquor, drugs and gasoline, and are a telltale sign that the institutions of government are not functioning as they should.

Inability to assert the right to tax is indicative of state failure or collapse. We commonly associate this phenomenon with select parts of the Balkans, Africa, the Middle East and Asia. But Canada?

Contraband tobacco is thought to incur global annual tax losses in the order of $40 billion-$50 billion (U.S.). Estimates range from 10.7 to 11.6 per cent of cigarettes consumed worldwide. Canada’s contraband cigarette problem is outsized and disproportionate by comparison: our illicit tobacco market is estimated at 15 to 33 per cent of all cigarettes consumed.

A recent report by the Ontario Convenience Store Association used butt counts to peg the size of Ontario’s market at 22.5 per cent — up from an estimated 21 per cent a year earlier. That makes Ontario the largest among North America’s 60 substate jurisdictions, and possibly the largest of any western democratic rule-of-law jurisdiction.

Ontario Finance Minister Charles Sousa is planning to make up some of the province’s now notorious budget shortfall by reining in the underground economy, especially contraband cigarettes. There is plenty to go after.

Indeed, in 2011 the Canadian Taxpayers Federation estimated lost revenue for cash-strapped Ontario government coffers at more than $1 billion annually. But if this revenue were so easy to recover, why hasn’t anyone thought of this before?

The federal excise rate on cigarettes currently amounts to $21.03 a carton. But tax rates alone can’t explain the problem: at $88.64 a legal carton, Ontario is the most lightly taxed province after Quebec. By contrast, untaxed contraband cigarettes sell for as little as $8 to $10 for a bag of 200.

Contraband cigarettes are purchased overwhelmingly by youth (sample butts around your local high-school yard), the poor and some minority groups whose disposable income is highly constrained and to whom cost savings in the order of 90 per cent are thus inherently attractive.

That large captive market, along with relatively easy retail, low enforcement priority (especially for municipal police), even lower penalties for getting caught (notwithstanding the criminalization of repeated offenders under the recent Bill C-10) and outsized profit margins have made contraband cigarettes lucrative and attractive.

Consider the following examples of the links between organized crime and contraband:

New Inside Policy: Putting the Supreme Court in the spotlight