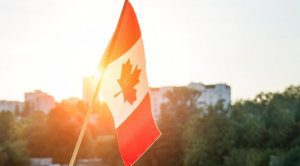 The City of Victoria would have received a different response if it had talked to the Kamloops Indigenous community before cancelling Canada Day, writes Melissa Mbarki in the National Post. Below is an excerpt from the article, which can be read in full here.

In the small town where I grew up, Canada Day was a day of festivities, food and fireworks. As an adult, I will be the first to join such festivities, as this is the one day we can all come together and celebrate as Canadians.

Despite all the bad things that have happened in this country, I am still Canadian. I am a mix of Cree, Métis and French, and I am unapologetically proud of my heritage. Without diversity, this would not be the country it is today.

The new holiday that was recently created by the federal government, the National Day for Truth and Reconciliation, will commemorate the children who attended residential schools. It is also a day on which Canadians can learn more about these schools, including the impact they had on Indigenous communities and our way of life. It will be a day of reflection and remembrance for all Canadians.

Which brings me to Canada Day. Earlier this month, Victoria became the first city to cancel its Canada Day programming. City councillors said they did this out of respect for the 215 children found at the former Kamloops Indian Residential School.

But did they consult with Rosanne Casimir, chief of the Tk’emlúps te Secwépemc First Nation in Kamloops, BC, before making this decision? Did they talk with those who attended or administered other residential schools that have found unmarked graves? No, they did not. If they truly respected Indigenous people, they would have consulted with us before taking action on our behalf.