The driving ideological force behind Russia’s invasion of Ukraine is the glorification of the Soviet Union and its leadership, including Josef Stalin. 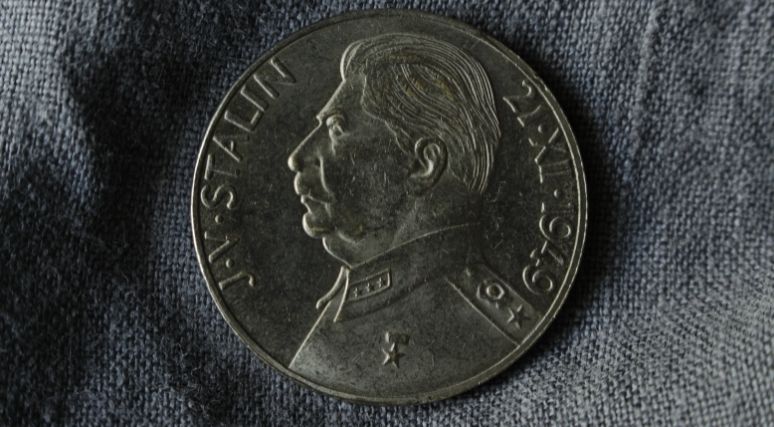 This article originally appeared in the Star.

A recent edition of The Economist magazine, symbolically titled “The Stalinization of Russia,” has rightly termed Vladimir Putin “a 21st century Stalin.”

What is even more important to understand is that the primary driving ideological force behind Russia’s invasion of Ukraine is the glorification of the Soviet Union and its communist leadership, including Josef Stalin.

Russia’s war against Ukraine and its hostility toward the democratic West have their roots directly in Russia’s communist past, which is why it is important today to recognize communism’s dark legacy and commemorate its victims.

The history of communism is the history of conquest and subjugation of independent peoples to the rule of a repressive centralized dictatorship. After the end of the First World War, Vladimir Lenin attempted to impose Moscow’s rule on the newly independent republics including Ukraine and Poland, with the aim of eventually carrying out a “world revolution” in the entirety of Europe and annihilating whole classes of people deemed “counter-revolutionary.”

Stalin continued this policy of colonial expansion, signing an agreement to carve up Europe and co-ordinate the start of the Second World War with Adolf Hitler in 1939. The agreement allowed Stalin to invade and annex the Baltic States, half of Poland, a portion of Romania, and he then invaded Finland. Stalin’s “liberation” of Central and Eastern Europe from Nazi occupation served as a template for Putin’s current barbaric invasion of Ukraine, where civilians faced mass murder, rape, looting and destruction by the Russian Soviet Red Army.

The nations that fell under Soviet communist rule were subjected to terror and devastating social and economic reorganization. In the name of a Marxist utopia, communist dictators abolished civil and property rights, confiscated homes, farms and businesses, conducted mass arrests, executions, deportations of “undesirables” and implemented a policy of systemic repressions.

Lenin’s Red Terror and class purges, Stalin’s genocide of the Ukrainian people (Holodomor), the Great Terror, the deadly collectivization of the farms, the mass deportations of Estonians, Latvians, Lithuanians and others and the war crimes committed during the Second World War, such as the Katyn massacre of the Polish prisoners of war, are just some examples of Soviet communist crimes.

After the collapse of the Soviet Union, the individuals and the organizations responsible for these crimes were never brought to justice in Russia and their victims were never officially recognized.

On the contrary, Putin’s government has been whitewashing Russia’s past and glorifying its communist leaders. Like Putin himself, much of his inner circle are in fact former functionaries of the KGB, the secret police that carried out mass executions during communist times. Putin and his advocates make it no secret that they aspire to resurrect the Soviet Union and see Stalin as their role model.

Given all this, it is not surprising that Putin’s Russia has culminated in invading Ukraine, an independent democratic state.

The Memorial to the Victims of Communism, A Land of Refuge is the only project in Canada that seeks to commemorate the tens of millions of victims of communism. It is a collaboration between many ethnic communities across Canada, whose members found refuge in our country after surviving the violence of communist rule in their homelands.

However, the memorial has faced many challenges and is still waiting to see the light of day, 14 years since its inception. Despite the expressions of support from federal politicians, the remaining stages to complete the project are again delayed.

A new act of abhorrent injustice is being committed today in Europe by Putin’s regime. It has claimed lives of thousands of victims and made millions flee their homes. It is time for the memorial to open to the public as a place to commemorate the victims, past and present.

Marcus Kolga is a senior fellow at the Macdonald-Laurier Institute. Paul Grod is president of Ukrainian World Congress. Ludwik Klimkowski is chair of Tribute to Liberty, Memorial to the Victims of communism.