To Stand on Guard 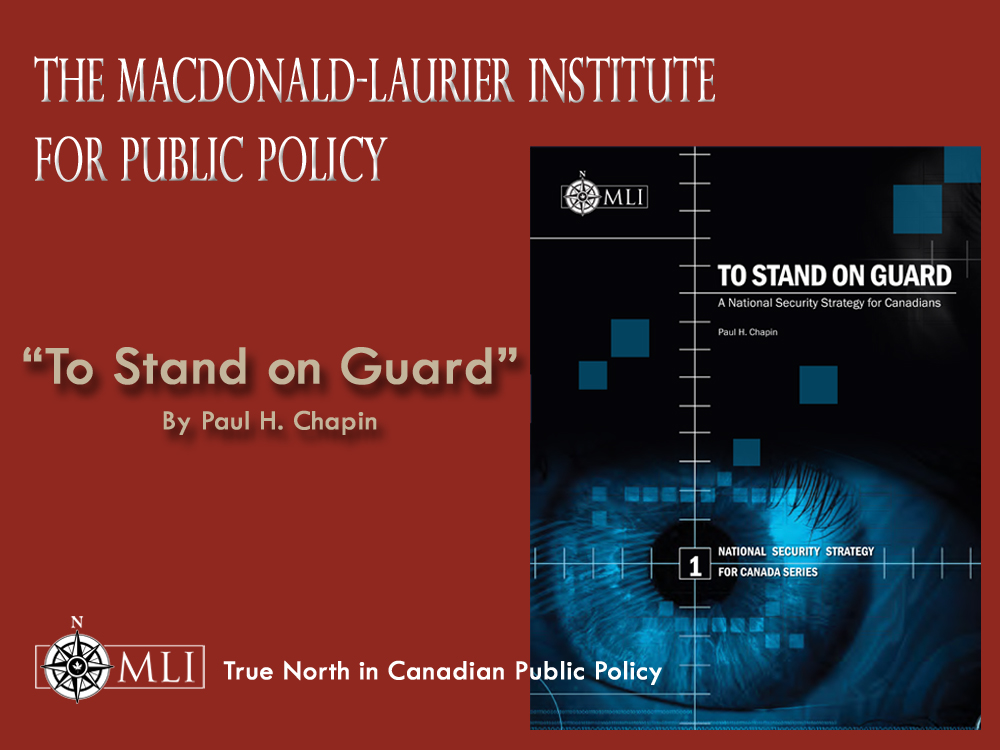 To Stand on Guard, by Paul H. Chapin.

Paul Chapin on CFRA’s Madely in the Morning, November 29.

Canadians cannot take their security for granted, comfortably convinced that trouble in distant time zones matters little to us. We need a national security strategy, one that specifies our core national values and interests, identifies the main dangers to them, and outlines suitable remedies that are strategic in nature, discriminate between what is important and what is less so, and take account of our particular circumstances.

The values that distinguish life in Canada are individual freedom, democracy, the rule of law, social justice, and economic opportunity. Preserving such a way of life is the supreme national interest of Canada.

Danger can assume many forms. But the three most important kinds are physical attack or coercion, internal subversion, and erosion of the beliefs and practices that give a state its special character.

The end of the Cold War raised hopes that peace would prevail. But 9/11 provided a jolt of reality and launched a new age of security planning. The world is still plagued by disputes between states, civil wars and insurrections, an underground market in arms including weapons of mass destruction, and rogue states. The really bad news is that there is a new world war under way, still mostly low-intensity, pitting radical Islamists against Muslim governments in the Middle East and Asia and against democratic societies everywhere.

The main foreseeable threats are unbridled extremism, uncontrolled immigration, and friction due to resource scarcity. Motives will vary, but the methods will combine traditional and irregular warfare to target people and prosperity. The technology of advanced states will be turned against them, and adversaries will use physical and psychological means to try to convince people to reject the democratic way of life.

Canada’s national security strategy must combine a home game and an away game. And it must be driven by consideration of the key values our foreign and defence policy must protect, the key threats to those values, and the key measures necessary to defeat those threats. The program should aim to:

Japan’s new security strategy and the impact on Canada’s efforts in the Indo-Pacific: Koyko Kuwahara on the News Forum