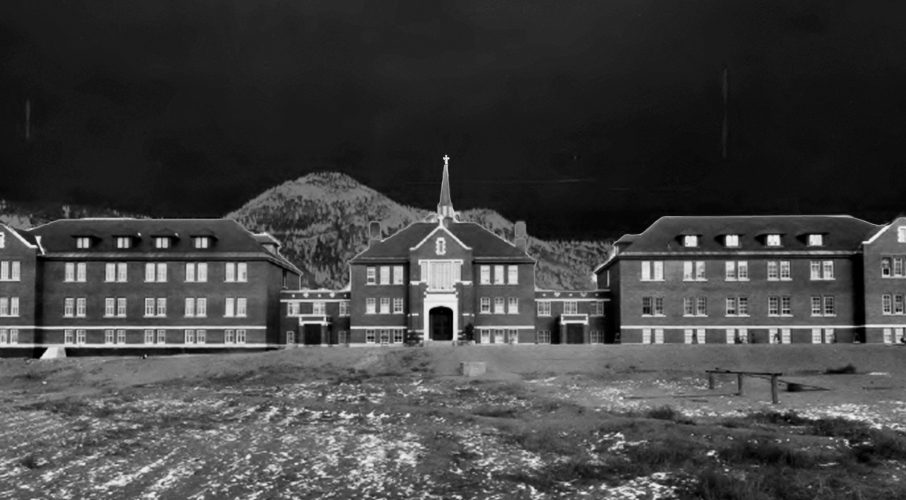 The discovery of the locations where hundreds of children were buried near former residential schools should be the launching point for the real empowerment of Indigenous peoples in Canada, writes Ken Coates.

The discovery of the locations where hundreds of children were buried around abandoned residential school grounds has touched the country in ways that perhaps even the National Inquiry into Missing and Murdered Indigenous Women and Girls and the Truth and Reconciliation Commission did not. People are responding to this revelation with sustained emotion and genuine anger. But this anger must for once be translated into action.

Put aside the fact that the broad contours of students’ death at residential schools were already widely known. The country’s reaction to the first major revelations of the deaths of students in the state’s care (revelations from decades ago at this point) was muted compared to the current response to radar-identified graves.

For many years, extensive Indigenous testimony and writing have described the deaths of children at residential schools. First Nations, Inuit and Métis people have spoken publicly about these tragedies thousands of times, and they have for decades overshadowed life in Indigenous communities. The scale of the current revelations and the heartbreak of thinking about young children, away from family and community, dying alone in institutions characterized by a lack of essential humanity, again highlights this shared intergenerational trauma.

While political parties at various levels may differ in their specific approaches, it seems that there is a shared sense of horror and disgust about the children’s deaths. Unfortunately, as more remains will be found – Indigenous testimony and other evidence is clear on this vital point – public reaction will likely decline in intensity as people become numb to these horrors.

We must therefore seize this moment. Surely children’s graves are enough to finally force a dramatic change as opposed to the social engineering and minor tinkering that has characterized policy for generations.

Government policy, far from being the solution to the issues facing Indigenous peoples, has been one of the primary sources of the problem, alongside ages-old patterns of racial discrimination and state supported assimilation. The many faces of federal paternalism have brought and continue to bring great pain and suffering to First Nations, Métis and Inuit across the country.

Canada must first recognize Indigenous autonomy, self-government, and sovereignty over their lands and affairs – a move that the United States led on in the 19th century. The Indian Act, reserves and all the other vestiges of 19th and 20th century colonization must be replaced, under terms and conditions determined primarily by Indigenous peoples. To replace these colonial structures is a tremendous legal and political task. To accomplish this effort will take time, and will require the federal government to provide funding, civil service support, the initial scoping, and then simply to get out of the way, as was done when setting up the Truth and Reconciliation Commission.

Facilitating a dramatic change in how Canada manages its relationships with First Nations, Métis, and Inuit peoples must be undergirded by an overhaul of how these communities are funded. At present, the funding due to Indigenous peoples arising from their unique place in Canadian history, and their constitutional, legal and treaty rights, is caught up in a bureaucratic web. In this web, far too much funding is determined by a system in which Ottawa makes priorities for communities, and communities with few personnel resources navigate a myriad of applications and program requirements simply trying to get the support they need.

This system needs to be completely altered. Funding should instead go directly to Indigenous governments, either at a large scale (like Nunavut, Métis Nation of Saskatchewan, or the James Bay Cree), more localized groups (like the Prince Albert Tribal Council or the Treaty 8 First Nations), or specific nations or communities (like the Carcross-Tagish First Nation or the Membertou First Nation). These communities are well equipped to manage their own priorities, and Indigenous peoples are fully capable of holding their own governments to account.

Once again, the task is not a simple one, as the challenges facing Indigenous communities vary dramatically. Ottawa needs to nonetheless expand the co-production of policy at all levels, establish clear avenues for ensuring shared financial priority setting, and establish better funding equivalencies between Indigenous and non-Indigenous communities. Funding allocation needs to shift away from program spending, which ebbs and flows from government to government, and move toward long-term block funding that is reliable, predictable, and fungible. There can be no autonomy for these Nations without autonomous financial decision-making, and thus these moves need to be a key part of the process.

Moreover, Indigenous communities should be empowered to engage (or not engage) in the natural resource economy. They must be able to access the types of own-source revenue that non-Indigenous people take for granted, just as they should be able to exercise the right to protect their own environments as they see fit, free of interference. And, Ottawa must ensure that communities have clear access to the full range of financial tools and services that others in Canada already do, including access to capital.

Ultimately, Ottawa must step back – way back – permitting the re-empowerment of Indigenous peoples and ensuring the systematic and rapid dismantling of state-driven control over Indigenous lives. This theme can carry to all elements of policy-making, whether that be education, resource development, health care, housing, and more. Negotiate modern self-governance agreements in good faith, then get out of the way.

This process, while not obvious or easy, could start simply. The leaders of the national political parties could, for once, put aside partisan politics and agree on an all-party approach to creating a new foundation for Indigenous governance and administration in Canada, advised by a large and representative group of Indigenous leaders and thinkers.

Together, this body could lead the development of concrete policies such as a fiscal framework to directly fund communities without partisan interference or regulatory suffocation. Rights-holding First Nations, Métis and Inuit people would have to agree, through open, democratic and culturally informed approval processes, to the new arrangements.

Though hard, this work is well within the capacity of the Indigenous leaders and peoples. After all, Indigenous peoples are responsible for some of the most imaginative and creative political systems in the country: the Atlantic Policy Congress, Eeyou Istchee James Bay Regional Government, the Six Nations, tribal councils on the prairies, the Inuvialuit Regional Corporation, the Nisga’a Lisims government, the traditional structure of the Teslin First Nation, and dozens of other impressive and culturally informed innovations. Indigenous thinkers and leaders have devoted years to imagining a new political future.

If this process succeeds, what would it look like? To start, Indigenous peoples would have clearer and more direct say over the decisions that are made which impact them. Their governments would be better equipped to advocate for their interests in negotiations with Canadian governments, the private sector, and other organizations. The management of historic wrongs and the process of meaningful reconciliation would be more deftly accomplished if communities are more fully able to engage in this process free of the yolk of Ottawa.

We see this to some extent in other countries. For instance, the Maori people in New Zealand have received major settlements, have begun having their language and culture restored in education, and more. While imperfect and though there is a long road ahead, this is all part of that quest for greater autonomy.

In short: greater self-governance would put Indigenous communities in a position to better determine and protect their own needs and destinies.

It is impossible not to be profoundly moved by the realization that hundreds of children died in the care of the state while at residential schools in this country. This legacy will be not honoured by partisan political action, a new program or two, and the allocation of a few million dollars in additional funding.

If these graves symbolize anything, it is the abject failure of decades of government policy. Find a new path forward driven by Indigenous people. Do it now. Instead of letting the memories of what happened to those Indigenous children haunt the country for years to come, let the discovery of the hundreds of bodies be the launching point.

Ken S. Coates is a Munk senior fellow at the Macdonald-Laurier Institute

Inside Policy: Moving from the pain of residential schools to self-determination for Indigenous peoples