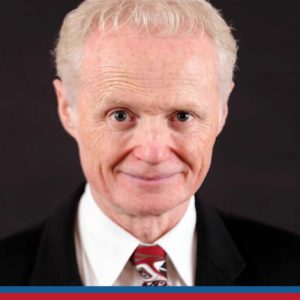 By 2013 MLI was ranked by the University of Pennsylvania as one of the top three new think tanks in the world and it is consistently ranked the top think tank in Ottawa. It has also won a Templeton Freedom Award for Outstanding Performance by a Young Think Tank and was shortlisted for a Templeton Prize for the top think tank project in the world. MLI also won a Prospect Magazine Award for our Justice System Report Card and an honourable mention for our work on creating prosperity for Aboriginal communities through, among other things, engagement with the natural resource economy. MLI has also been a financial success, rising over a decade from a budget of $800,000 in 2011 to well over $3,000,000 in 2022. Finally MLI has become the centre of a dynamic and diverse international group of scholars and thinkers and has established a broad range of relationships with other national think tanks in the US, UK, Germany, the Czech Republic, India, Taiwan, Japan and many other countries. MLI publishes over 300 op-eds annually in national and international media; its video viewership this year will be over 1,000,000.

Crowley has published six books, including in 2020 Gardeners vs Designers: Understanding the great fault line in Canadian politics, and in 2009, Fearful Symmetry: the fall and rise of Canada’s founding values, both of which quickly found their way onto the Canadian best seller lists.  He also co-authored MLI’s first book, The Canadian Century; Moving Out of America’s Shadow, which was awarded the prestigious international Sir Antony Fisher Prize for excellence in think tank publications. He is a three-time winner of this prize and institutes under his leadership have won it a total of six times. He has published op-eds, columns and research papers too numerous to list here.

From 2006-08 Crowley was the Clifford Clark Visiting Economist with the Canadian federal Department of Finance, during which time he worked on a broad range of policy files and redesigned the pre-budget consultation process.  This is the most senior independent advisory role on economic policy within the federal government and it carries the rank of Assistant Deputy Minister.

In 1994 he founded the Atlantic Institute for Market Studies (AIMS), over the nearly 20 years he headed AIMS it became Canada’s leading regional think tank (equivalent to a US state-based think tank).

He took a two year leave of absence from AIMS (1998-99) to serve as a member of the Editorial Board of The Globe and Mail, Canada’s largest circulation national newspaper. The Editor-in-Chief at the time called Crowley “the finest writer on public policy in Canada today.”

He has also headed the Atlantic Provinces Economic Council (APEC), taught politics, economics and philosophy at numerous universities in Canada, the US and Europe and has been a constitutional advisor to the governments of Nova Scotia and Manitoba.  He has served as a diplomat for the EEC (now the EU) Commission, an aid administrator for the UN in Africa and an advisor to the Quebec government on parliamentary and electoral reform. He was a Salvatori Fellow at the Heritage Foundation in Washington DC and has spoken at conferences, workshops and other events on public policy and the freedom movement in every part of the globe.

Crowley is a frequent commentator on political and economic issues across all media and has been a columnist for numerous newspapers across Canada.  He holds degrees from McGill and the London School of Economics, including a doctorate in political economy from the latter. His doctoral thesis focused on F.A. Hayek’s social and political philosophy and was published by the Oxford University Press.