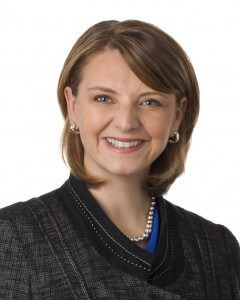 Laura Jones is the Executive Vice-President and Chief Strategic Officer of the Canadian Federation of Independent Business (CFIB), a non-profit association that advocates for 109,000 independent businesses in Canada on topics of importance to them, including taxes and regulation.

Jones has been providing advice to Canadian governments on effective regulatory reform for more than a decade, serving on a number of advisory committees including the Red Tape Advisory Committee for the government of Canada. She has also authored a number of studies estimating the cost and impact of regulation, including studies for the Organisation of Economic Co-operation and Development (OECD), Mercatus Centre and CFIB. She created Canada’s annual Red Tape Awareness Week, a successful initiative to focus government attention on the red tape problem.

Jones is currently on the board of the Macdonald-Laurier Institute and CFIB. Before her work with CFIB, Jones taught economics at the British Columbia Institute of Technology and worked at a well-known Canadian think tank, the Fraser Institute.